Our partner site USUFans.com has set up a “USUFans Challenge” to help in the Big Blue Scholarship Fund 2012 Fund Drive efforts. They have a goal of reaching $4000 in donations, and have several rewards (prizes) that will be given out to anyone who donates through the site.

Interested in autographed sports cards from Aggie greats? Head on over and check it out! Anyone who donates a minimum of $25 will receive a Michael Smith and/or Robert Turbin rookie card!

Kerwynn Williams is All In. Are you?

With the football team on the rise, and the basketball team bringing in one of the best recruiting classes ever, now is the time to support our student athletes! Click below to make your donation today, and show that you are All In. 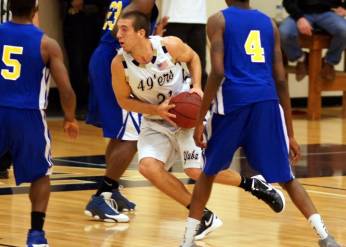