It’s still early in the season and some of these numbers will likely dip as the season progresses, but it’s still fun to see where our current players stand in the Aggie Record Books. Here’s a breakdown through the first three games of the season:

Spencer Butterfield has been deadly from downtown thus far, shooting over 57.1% from downtown. This is good enough to place him #1 all-time in Single Season 3pt FG%. Spencer also has a 2.0 A/TO Ratio placing him tied for 18th place with Justin Jones on the Single Season Assist-To-Turnover Ratio.

Kyisean Reed also has claim to a #1 spot on a Single Season record, posting 2.0 Blocks Per Game thus far this season. Reed is also #8 on the Single Season FG% List, and #14 all-time in Career Blocks.

TeNale Roland rounds out the list of Aggies in the record books thus far this year claiming the #23 spot in Single Season Assist-To-Turnover Ratio. 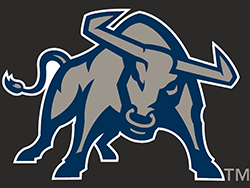 Aggie fans everywhere rejoice! Our good friend Matt “Fafner” Sonnenberg over at The Sagebrush Spot, and two other die hard Aggie fanatics, Jeff Browning and Josh McDonald have teamed up to put together the greatest Aggie-related podcast ever known to man: The Front Row Show.

I’ve listened to their first 5 episodes and enjoyed them thoroughly. I created a Front Row Show page on USUStats.com that will archive all of the episodes in MP3 format for your downloading and listening pleasure. You can also subscribe to their podcast on iTunes or visit them on Facebook and Twitter.

Check out the latest two episodes for a full preview of the upcoming basketball season, and an exclusive interview with the voice of the Aggies, Al Lewis. Go back further into the archives to hear game recaps from our first two basketball scrimmages and last two or three football games, including a guest appearance by Charlie Riddle, a current Bull Pen front row fan and whiteboard insult composer extraordinaire.

Give it a listen! You will be glad you did. I guarantee it.

Just a quick heads up to head to Lee’s Marketplace today to pick up a grocery bag or coupon card for a $10 ticket to today’s football game vs. Texas State at 1:00 p.m. mountain time at Romney Stadium. Lee’s is located at 555 E. 1400 N. in Logan, very close to the stadium. Come out and support your 7-2 Aggies on their quest remain unbeaten in conference play!

Make your Aggie weekend complete by staying on campus and heading to the Men’s Basketball exhibition contest against Simon Fraser at 7 p.m.