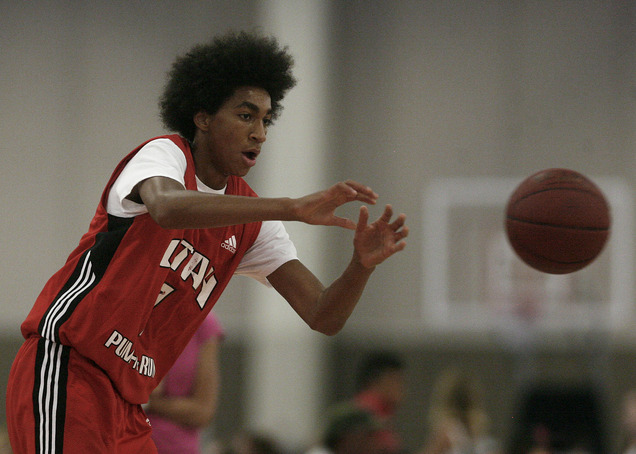 While trying to escape the incredible heat today, I scanned one of my favorite Aggie Media Guides for all to enjoy. The 1970-71 Media Guide has a special front cover dedicated to the construction of the Dee Glenn Smith Spectrum, which was known as the “Assembly Center” at the time. The guide has awesome sketch drawings of each player and shows the team sporting custom knee-high socks with the old State Outline logo on them. It also features interesting photos of the construction of the Spectrum.

The 1969-70 and 1970-71 seasons were some of the best ever at Utah State. Those teams were led by future NBA players, and Utah State Hall of Famers Marv Roberts and Nate Williams. In 1969-70 the Aggies won their first two games in the NCAA Tournament before finally bowing out in the third round to UCLA. Marv and Nate were seniors in 1970-71 and led the Aggies to their second straight big dance appearance. The brand new Spectrum actually hosted the first round game against BYU, in which the Aggies fell short 82-91.

Click the image below to view the media guide. You can also view our entire archive here: Media Guide Archive.