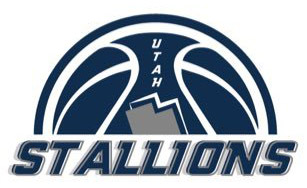 It’s been a long time coming, but the UNLV Runnin’ Rebels are making their return to the Dee Glen Smith Spectrum this afternoon. And the HURD will be ready for them. This game marks the renewal of a long time rivalry from the Big West era. While these games were known for many fights, shenanigans, and pranks, the biggest of all was definitely the “Water Bomb” incident in 1990. For those of you who are unfamiliar with this, check out the video below.

It’s time to renew this rivalry. Head over to The Bangarang Page, and download the latest issue to be ready for the game!

After a minor setback at the hands of the evil BYU Cougars, the Aggies are returning home tonight to face off against their former conference-mate Pacific Tigers. Get ready to get your heckling on, and check out the latest Bangarang Issue for some ammunition.

The Aggies are off to a great start at 4-0, and have a big test tonight against the Weber State Wildcats in the Purple Palace in Ogden. The Bangarang has prepared a special edition Spectrum On Wheels Issue for tonight’s game.

You can find it, and all previous issues on The Bangarang page.

Any Utah State fan that’s been a fan for a few years knows all about a little something we like to call “The Refraction“. Well, with some guidance from the geniuses that put together that unofficial gameday newsletter, we now have a second generation of chaos creators.

May I present to you, The Bangarang. A Season Preview Issue was created for the second exhibition contest against Adams State last week, and Issue 1 is now live for the first game of the season against USC.

Head on over to The Bangarang and download your copy now!